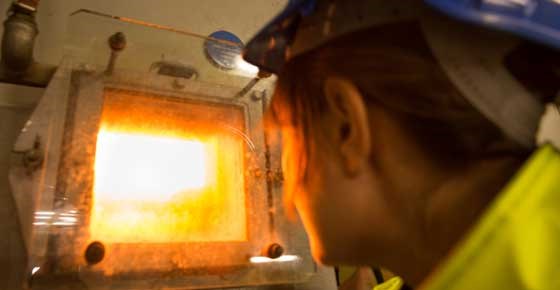 One of the world's most advanced Waste-to-Energy plants

Sysav's waste-to-energy plant in Malmö is one of the most energy-efficient facilities in Sweden. It is one of the world's most advanced plants for incineration of waste, and with its model flue gas cleaning system Sysav stays well below the emission permits.

The waste-to-energy plant has four boilers. The two oldest came into operation in 1973. These are hot-water boilers that generate district heating. Both the boilers and the flue gas cleaning system have been re-conditioned and developed further in order to meet the heightened demands on waste incineration facilities.
The two newer boilers are steam boilers that generate both electricity and district heating. They came into operation in 2003 and 2008.

The flue gases are cleaned in an advanced cleaning system. In the first step particles are reduced by an electrostatic precipitator. In the three following steps the flue gases are washed in scrubbers where heavy metals,  acid substances, basic substances, sulphur dioxide, dioxins and more are removed. Still more particles are removed in an electroventuri filter in the fifth step. In the sixth and final step, the flue gases pass through a catalyst where the nitrogen oxide is transformed into pure nitrogen.

In total, Sysav is licensed to incinerate 630,000 tons of waste per year. The plant produces approximately 1,5 TWh of district heating a year. The steam boilers produce 270 GWh of electricity a year, some of which is used in the plant itself.